Although often associated with varying twentieth-century art historical practices and discourses—including abstraction, Minimalism, and Conceptual Art—Palermo’s diverse body of work defies easy classification. Throughout his brief and influential career, the artist executed paintings, objects, installations, and works on paper that addressed the contextual and semantic issues at stake in the construction, exhibition, and reception of artworks. His handling of form, color, and composition comprises a complex and experimental investigation of aesthetic concepts and of the semiotic possibilities of visual language.

Palermo began working with isosceles triangles in 1965, while also investigating other geometric shapes, such as the oval, the square, the rectangle, and the trapezoid. He may have been initially drawn to the triangular form in the work of his teacher at Kunstakademie Düsseldorf, Joseph Beuys. Made while Palermo was still a student of Beuys, this work retains some of the mystical properties of resurrection and transformation Beuys found in the triangular shape. However, the development of Palermo's triangles throughout his career present evidence of a shift away from Beuysian metaphysics and toward material, lived experience. For Palermo, the triangle offered an unconventional shape that draws attention to the space in which it is installed; it would become a central form within his oeuvre, as he employed triangles in a number of different variations. Over the course of Palermo\s career, the shapes became less and less refined and precisely rendered, moving toward a deliberate imperfection.

(Blinky) Palermo (1943–1977) was born Peter Schwarze in Leipzig. In 1962, he entered the Kunstakademie Düsseldorf, where he studied with Bruno Goller and then with Joseph Beuys and, in 1964, appropriated the name Blinky Palermo from the American boxing promoter-cum-mafioso Frank “Blinky” Palermo, famous for managing heavyweight champion Sonny Liston. Over the course of his short life, Palermo participated in more than seventy exhibitions worldwide, including Documenta in 1972 and the Venice Biennale in 1975. He has had posthumous retrospectives at the Kunstmuseum Winterthur, Switzerland (1984); Kunstmuseum Bonn (1993); Museu d’Art Contemporani de Barcelona (MACBA) (2002); Kunsthalle Düsseldorf (2007); and Dia:Beacon and the Center for Curatorial Studies at Bard College, Annandale-on-Hudson, New York (CCS Bard) (2011). 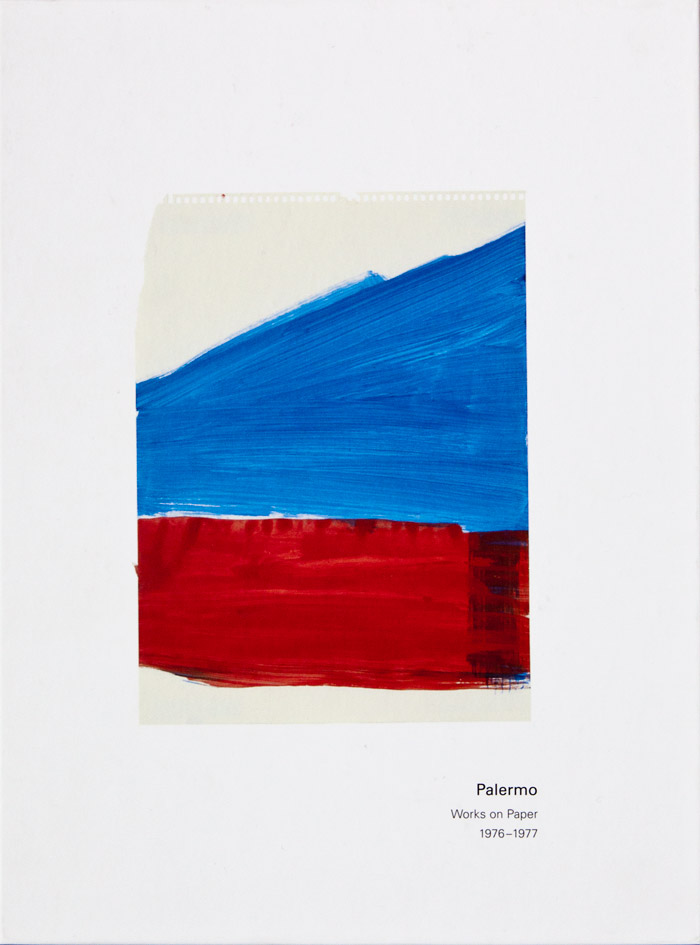