Jockum Nordström: All I Have Learned and Forgotten Again

Jockum Nordström creates oddball, apparently naïve narratives that owe much to the twin influences of folk art and modernist absurdism. Each of his painted, drawn, or collaged stories is both specific and open-ended, as though — not unlike Henry Darger’s paintings — they are part of a much grander and ongoing tale that unfolds over a prolonged period. His distinctive sensibility draws on a wide range of inspirations in music, poetry, and architecture — particularly the Stockholm suburb where he grew up, which both his drawings and his sculptures reference on an ongoing basis. Other important influences include Swedish academic and pop culture, as well as American folk art, Art Brut, and Surrealist collage. Dotted with an assortment of objects, animals, and people, the narratives in his art can by turns be elegant, endearing, or even at times disconcerting. Although carefully structured, Nordström’s style is distinguished by an apparently spontaneous and improvised quality that mines the rich vein of his fertile imagination. The action unfolds in a sequential format, which is often reminiscent of movie storyboards in its episodic nature.

This publication comprises almost 100 of Jockum Nordström’s works, unfolding a comprehensive panorama of his career to date, ranging from the earlier pencil drawings to his more recent vivid collages, including his architectural models and photographic collages.

Jockum Nordström was born in 1963 in Stockholm, where he continues to live and work, and he has been represented by David Zwirner since 2000. In 2010, his fifth gallery show, titled Who is sleeping on my pillow, marked the first time he exhibited alongside his artist-wife Karin Mamma Andersson in concurrent solo exhibitions. In 2013, a major survey of the artist’s work was on view at the Lille Métropole, musée d’art moderne, d’art contemporain et d’art brut in Villeneuve d’Ascq, France, which traveled to the Camden Arts Centre in London. He has exhibited in numerous solo shows at prominent institutions worldwide, including the Swedish Institute, Paris (2011); Douglas Hyde Gallery, Dublin (2010); and the Moderna Museet, Stockholm (2005). Nordström has participated in a number of recent group exhibitions, including the 3rd Thessaloniki Biennale, Greece (2011); Magasin 3 Stockholm Konsthall (2010); The Museum of Modern Art, New York (2009); Irish Museum of Modern Art, Dublin (2008); and the Hammer Museum, Los Angeles (2007). Work by the artist is represented in major museum collections, including the Cleveland Museum of Art, Ohio; Göteborgs Konstmuseum, Gothenburg, Sweden; Helsingborgs Konstmuseum, Helsingborg, Sweden; Magasin 3 Stockholm Konsthall; Moderna Museet, Stockholm; The Museum of Modern Art, New York; and the Weatherspoon Art Museum, Greensboro, North Carolina. 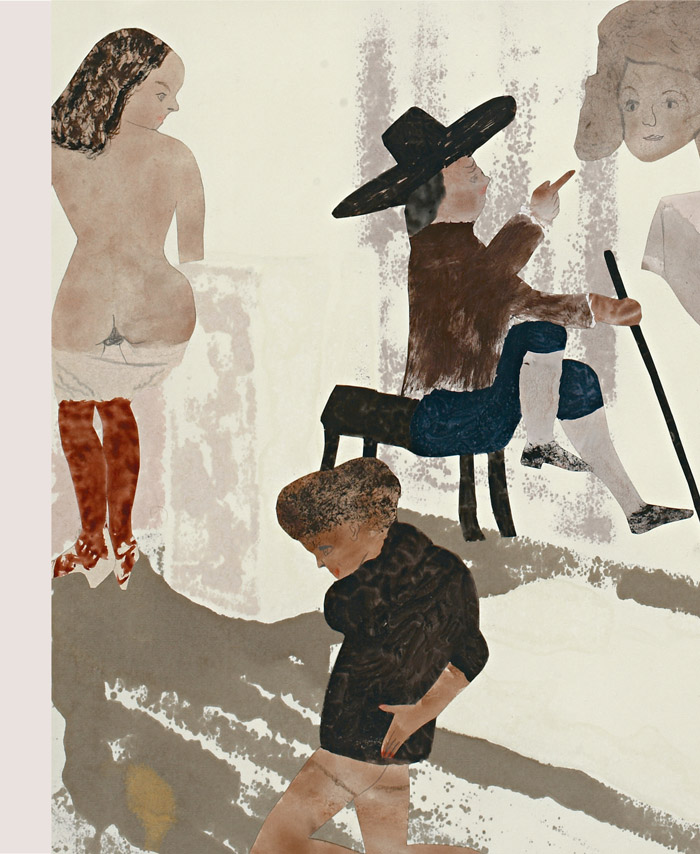 Mamma Andersson & Jockum Nordström: Who is sleeping on my pillow