Hailed by Peter Schjeldahl in The New Yorker as “the most original, controversial, and expensive American artist of the past three and a half decades,” Jeff Koons has come to reign as a master of the market, a wry puppeteer with a “formidable aesthetic intelligence.” His elaborate, exquisitely produced sculptures draw from a contemporary lexicon of consumerism—often featuring large-scale reproductions of toys, household items, or luxury goods—while simultaneously holding up a mirror to the very culture from which they are extracted. These references to popular media are evidenced not merely in his choice of subject matter but also in his visual techniques: his sculptures frequently comprise smooth, mirrored surfaces, and his paintings employ bright and saturated colors.

Jeff Koons: Gazing Ball—the first catalogue on the artist’s work to be published by David Zwirner—was produced on the occasion of the major 2013 exhibition at the gallery in New York, which marked the world debut of his Gazing Ball series, a brand new body of work that occupies an important place in the trajectory of his practice. Conceptually derived from the mirrored ornaments encountered on many suburban lawns, including those of Koons’s childhood hometown in rural Pennsylvania, every sculpture is anchored by a blue “gazing ball” of hand-blown glass. These are situated atop large, white-plaster sculptures that have been alternately modeled after iconic works from the Greco-Roman era, including the Farnese Hercules and the Esquiline Venus, or after such quotidian objects from the contemporary residential landscape as a rustic mailbox, a birdbath, and an inflatable garden snowman.

Created in close collaboration with Koons, this elegant publication echoes the classic design of a 1970 Picasso catalogue that the artist admires. Inside, vivid color plates of the sculptures in situ capture the stark contrast between the pristine whiteness of the plaster and the highly reflective spheres. In their perfect contours and smooth, glistening surfaces, the gazing balls implicate audience as well as context—mirroring both and offering playful yet powerful meditations on the dialogue between gaze and reflection. “While all of the sculptures are grounded in their own distinct narratives, derived from Art History and suburban towns,” writes Francesco Bonami in his catalogue essay, “the seemingly fragile and delicate gazing ball establishes that sense of uncertain equilibrium that exists between history and fantasy, magic and materiality, mass culture and exclusive beauty.”

One of the most prominent artists working today, Jeff Koons is well known for his bold paintings and sculptures. Typically working in series, his art holds up a mirror to contemporary consumer culture, using the photorealistic, commercial aesthetic familiar from an earlier generation of Pop artists to generate his own unique and universally recognizable style. His subjects range from toys to inflatables to household items to luxury goods and sexualized imagery. His references to popular media are evidenced not merely in his choice of subject matter but also in his visual techniques: his sculptures often involve smooth, glistening surfaces while his paintings employ bright and saturated colors.

Francesco Bonami is a curator and writer. He was the Director of the 50th Venice Biennale (2003) and curated the 2010 Whitney Biennial. In 2008, he was the curator of the Jeff Koons retrospective at the Museum of Contemporary Art Chicago. He lives in New York and Milan. 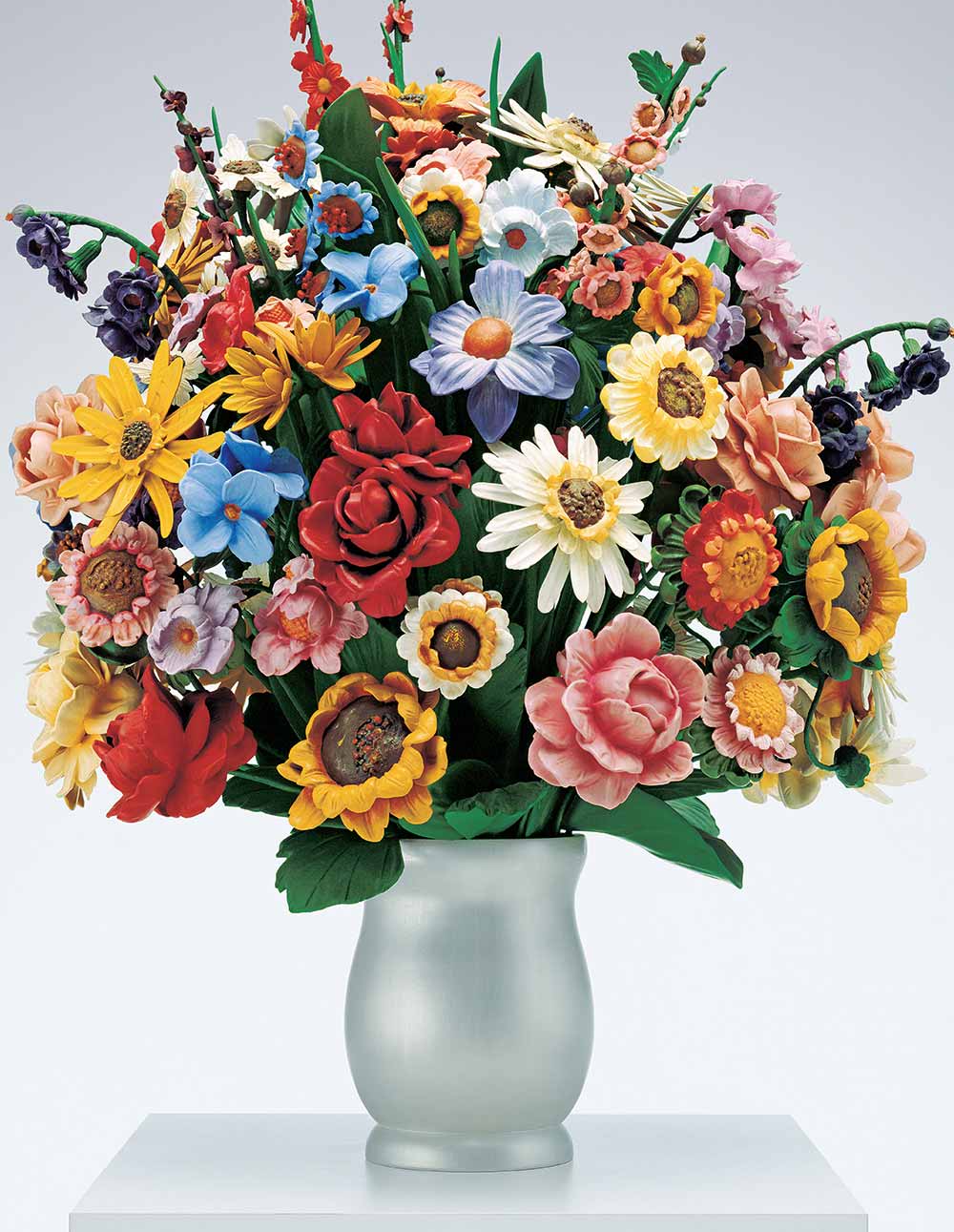