During the 1990s, Franz West’s work moved in new and innovative stylistic directions, as his career was solidified through important international exhibitions. This publication delves into this significant decade in an effort to contextualize the evolution of West’s singular practice.

The 1990s proved critical in the development of the idiosyncratic style for which West is still known today. His key innovations from this period—which included the addition of exuberant color to his papier-mâché forms, the incorporation of furniture both as art object and as social incubator, and the inclusion of work by other artists in his own installations—resulted in dynamic, frequently interactive installations that helped to expand the possibilities of sculpture and the ways in which art is experienced. Produced on the occasion of David Zwirner’s 2014 exhibition in New York, this fully illustrated publication gives an in-depth overview of the decade, arguably the most important of the artist’s lengthy career. It features essays by noted West scholars Eva Badura-Triska and Veit Loers, as well as a personal account by Bernhard Riff on video collaborations made with the artist throughout the 1990s.

Franz West (1947–2012) began exhibiting his work in the 1970s and gained international recognition in the 1980s, with significant shows at such venues as the Neue Galerie am Landesmuseum Joanneum, Graz; Secession, Vienna (both 1986); Skulptur. Projekte in Mu¨nster (1987); Kunsthalle Bern (1988); and the Institute for Contemporary Art, PS1, Long Island City, New York (1989). In the 1990s, the artist’s work was presented at the Austrian Pavilion of the 44th Venice Biennale (1990); documenta IX, Kassel (1992); The Museum of Contemporary Art, Los Angeles; Dia Center for the Arts, New York (both 1994); and the Städtisches Museum Abteiberg, Mönchengladbach (1996). A major, mid-career retrospective, Franz West, Proforma, was organized by the Museum moderner Kunst Stiftung Ludwig (MUMOK), Vienna in 1996 (it traveled to the Kunsthalle Basel; Rijksmuseum Kröller-Mu¨ller, Otterlo; Nárondi Galerie, Prague; Muzeum Sztuki w Lodzi, Lodz). The Museo Nacional Centro de Arte Reina Sofía, Madrid presented the traveling survey Franz West: In & Out (2000-2001).

Eva Badura-Triska is an art historian and curator at the Museum moderner Kunst Stiftung Ludwig (mumok), Vienna. She is the author of numerous publications on modern and contemporary art, with a focus on Vienna Actionism, Franz West, and Heimo Zobernig. Badura-Triska curated West’s first retrospective exhibition Franz West, Proforma (1996). She also curated West’s first major posthumous show Where is my Eight? (2013). Since 1999, she has served as general secretary of the Franz West Archive.

Veit Loers was director of the Städtisches Museum Abteiberg in Mönchengladbach from 1995 to 2003. In 1996, he organized a solo exhibition of Franz West’s work, Gelegentliches. Since his early retirement in 2003, Loers has worked as an independent curator and author. In 2009, he edited Franz West for the Friedrich Christian Flick Collection. Loers has also published several essays on artists and art theory.

Bernhard Riff is the cofounder of Synema (Institute for Film Theory) in Vienna and has edited and contributed to a number of books. Since 1987, he has been making videos on art and artists, and in 1995, he founded his own video studio in Vienna. Beginning in 1989, Riff collaborated extensively with Franz West—their video works together include Investigations of American Art (1992), Otium (1998), and Thoughts for a New Art for the Homeland (2000). 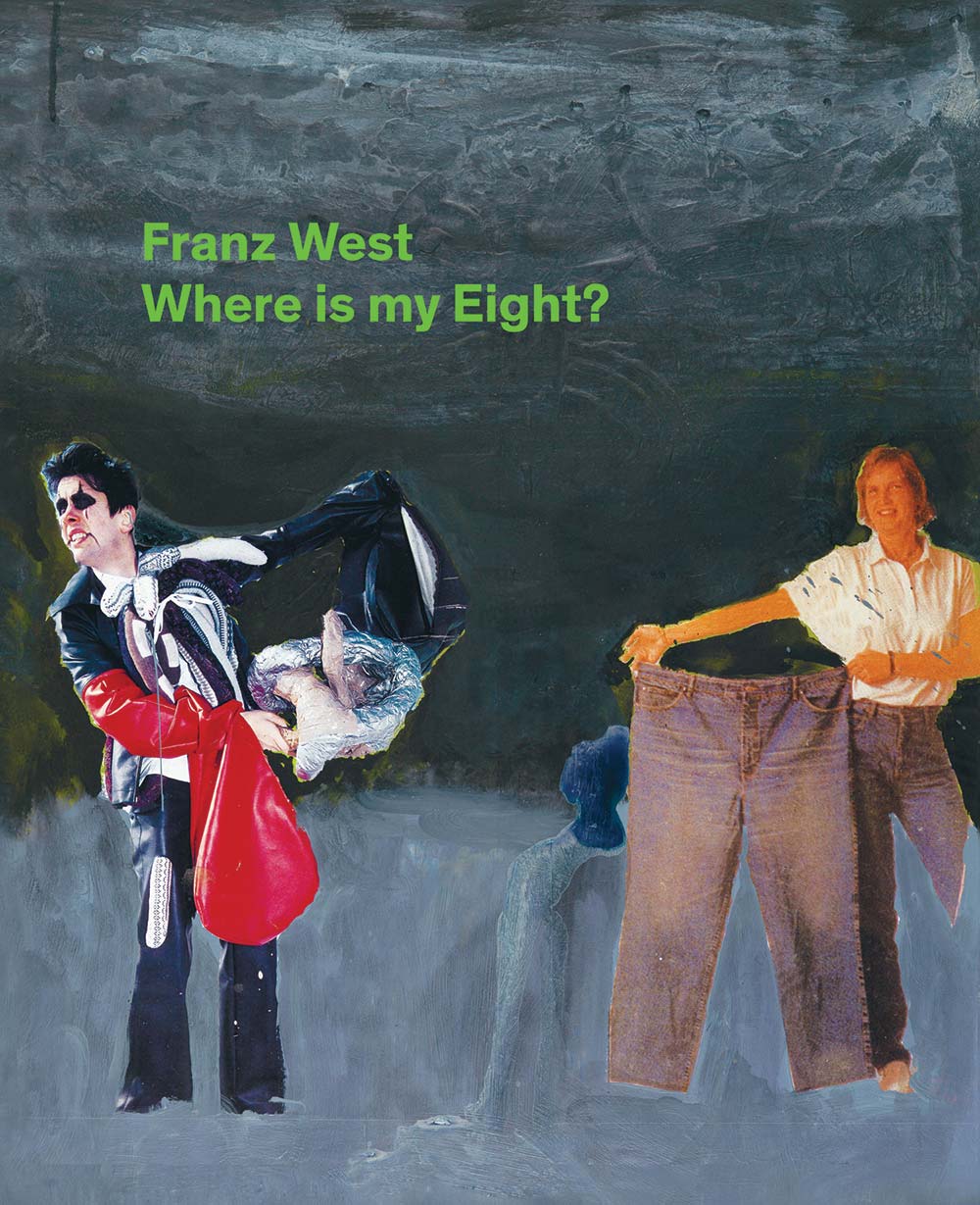 Franz West: Where Is My Eight?