Available in hardcover, this catalogue was published on the occasion of Francis Alÿs’s first solo exhibition at David Zwirner in 2007. The exhibition presented a film by Alÿs in collaboration with Julien Devaux alongside a map of the artist’s journey, photocollages, paintings, drawings, and a group of sculptures. The film shows Alÿs carrying a dripping can of green paint along the armistice boundary that Moshe Dayan marked on a map with green pencil after Israel’s War of Independence ended in 1948. It questions the physicality and cultural relevance of the Green Line, its function as a social and spiritual division in the city of Jerusalem, and its role in the Arab-Israeli conflict. This trilingual exhibition catalogue (English, Hebrew, and Arabic) features interviews conducted by Alÿs with eleven activists, academics, and journalists. Also included are a fold-out map and DVD of the film with options to listen to the recorded interviews.

Francis Alÿs’s art is centered around observations of, and engagements with, everyday life. His multifaceted projects include public actions, installations, videos, paintings, and drawings; the artist himself has described his work as “a sort of discursive argument composed of episodes, metaphors, or parables.” Across these different media, Alÿs presents his distinct poetic and imaginative sensibility towards anthropological and political concerns. His actions have involved traveling the longest possible route between locations in Mexico and the United States to highlight the increasing obstacles imposed along the border; pushing a melting block of ice through city streets; commissioning sign painters to copy his paintings; filming his efforts to enter the center of a tornado; carrying a leaking can of paint along the contested Israel/Palestine border; and equipping hundreds of volunteers to move a colossal sand dune ten centimeters. 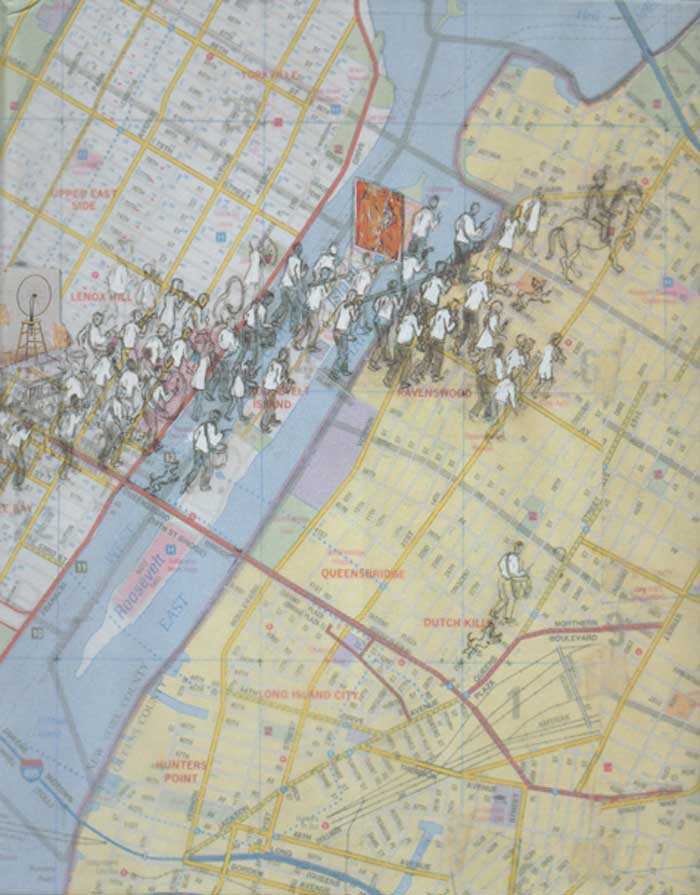