The Green Gallery exhibition was groundbreaking not only in terms of its presentation of radically innovative work that used commercially-available, colored fluorescent light, but also because it marked a turning-point in Flavin’s career. While the artist had previously exhibited a series of hand-made, painted wood constructions with lighting elements affixed to them (known as the “icons”), he began creating works made with fluorescent light alone in 1963. The Green Gallery show was the first exhibition composed entirely of fluorescent lights, and thus marked the development of the minimalist language of illumination that would characterize Flavin’s work until his death in 1996. 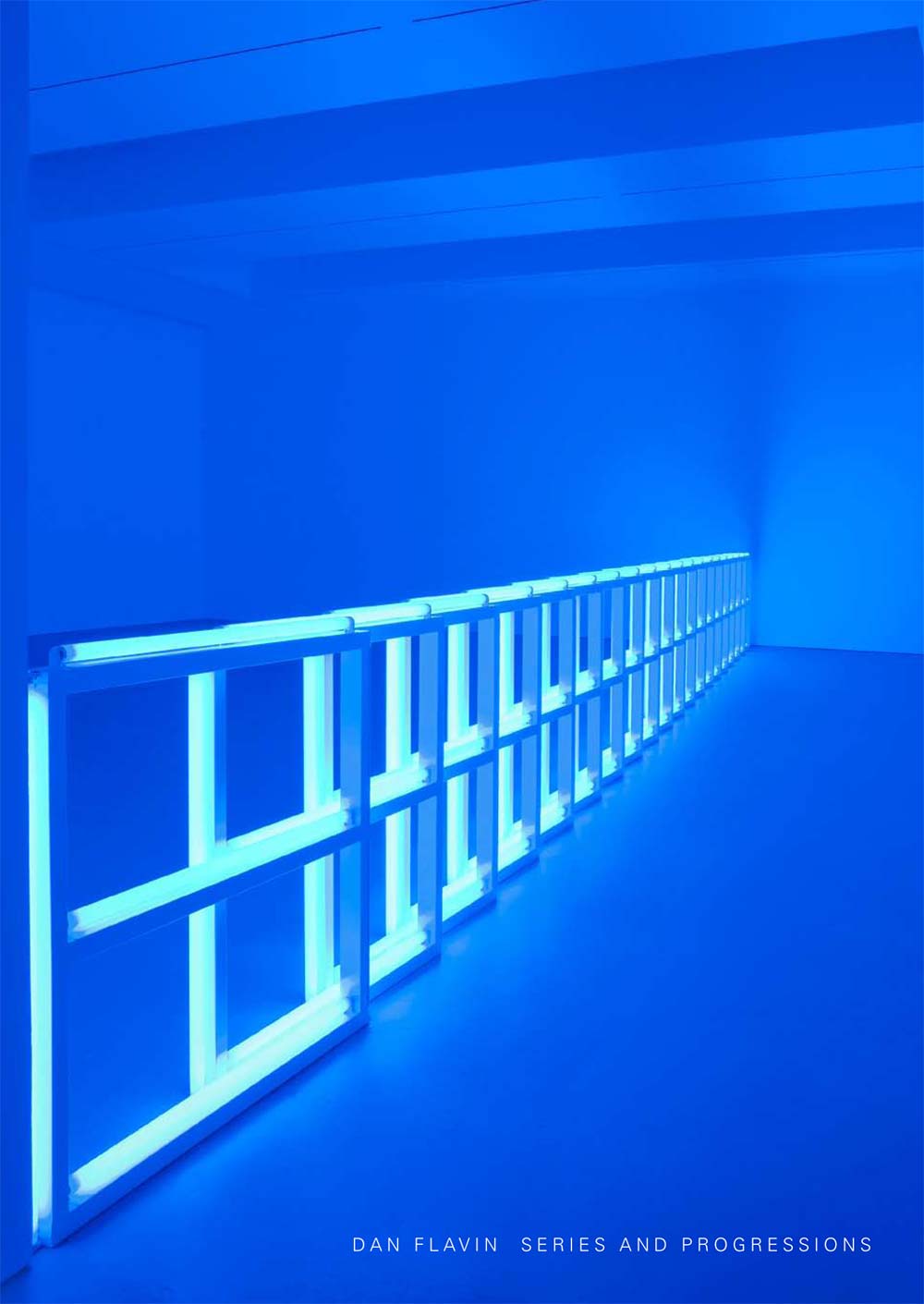