For Virginia Woolf and her sister, the painter Vanessa Bell, both of whom lived famous lives as part of the Bloomsbury set, art was entangled with sisterhood. Born in London to the critic and historian Sir Leslie Stephen and the Pre-Raphaelite muse Julia Prinsep Duckworth, the sisters were encouraged early on to pursue their talents in spite of Victorian restrictions on women: Bell went on to study under John Singer Sargent at the Royal Academy Schools and at the Slade School of Fine Art, while Woolf studied classics and history in the Ladies’ Department of King’s College London. But well before any formal training, they nurtured each other’s art, acting as the other’s comrade, rival, and muse.


As children, when their brother Thoby went off to school during the day (a privilege they were not permitted as girls), the sisters would lie in their nursery, spinning stories about their neighbors and acquaintances, stuffing these real-life characters with fanciful words and dropping them in fantastic scenarios. The two produced the Hyde Park Gate News, a family magazine filled with childish scrawlings organized into columns meant to mimic a newspaper. The magazine featured stories and drawings of family news, gossip, riddles, poems, and jokes, and serves as an early example of the collaborative nature of Bell and Woolf’s sisterhood.


If this picture suggests an idyllic upbringing, their lives, as well as those of their siblings, were equally marked by death and grief: their mother, still mourning the loss of her first husband, died when Bell was not quite sixteen; their beloved older half sister Stella died when Bell was eighteen; their father followed seven years later, and Thoby two years after that. Their father, completely unaware of the social, emotional, and domestic duties that had been previously attended to by their mother and elder sister, left the children unmoored.

In their stead, Bell became the immovable anchor of their lives. “Vanessa … was exalted, in the most tragic way, to a strange position, full of power and responsibility,” wrote Woolf. And their closeness only intensified: “Nessa and I formed together a close conspiracy. In that world of many men, coming and going, in that big house with innumerable rooms, we formed our private nucleus,” she recalled. When their father passed, Bell sorted their affairs and moved the family into 56 Gordon Square, in the London neighborhood of Bloomsbury, where their famed group of friends—writers, intellectuals, philosophers, and artists—would soon blossom.

Intertwined in their separate crafts and lives was the commitment to storytelling—to show life “in its essence.”

At some point in their childhoods, the two had fashioned Woolf as the writer, Bell the painter. Despite their attempts to define their individual talents, the sisters found much inspiration and rivalry in each other’s work. Intertwined in their separate crafts and lives was the commitment to storytelling—to show life “in its essence,” as Woolf put it. In the scholar Claudia Tobin’s introduction to Woolf’s Oh, to Be a Painter!—David Zwirner Books’s recently published book of Woolf’s writing on visual art—she describes how Woolf “acknowledged that the power of Bell’s paintings was partly to be found in their resistance to interpretation in language.” Bell’s paintings stirred something fiery in Woolf, challenging her to transfigure her writing, “[a]s if to evoke in prose something of the elliptical, sometimes disorienting world her sister conjured,” explains Tobin.


Holding court in Bloomsbury, Bell was widely regarded as a calm force, a counterbalance to Woolf’s precarity. She often soothed Woolf, who frequently suffered from severe mental breakdowns, and with her siblings built a world that rejected the codes of Victorian society. Bell entered unorthodox relationships of all kinds with a staunchly free-love ethos, created nude portraits of friends and family (scandalous at the time for a woman), and considered design—then dismissed and gendered as “decorative art”—integral to her art practice. The critic and artist Roger Fry, with whom she had a brief affair, once told her, “You have a genius in your life as well as your work.”

In her writing, Woolf often attributed to great painting the traits she saw in her sister’s steadfast character: despite its expressiveness, a true painting “has no truck with words,” Woolf wrote in the foreword to Recent Paintings by Vanessa Bell (1930). “[W]hen we have dramatised it or poetised it or translated it into all the blues and greens, and fines and exquisites and subtles of our vocabulary, the picture itself escapes. It goes on saying something of its own.”


Ironically, because Bell was a painter and did not keep a diary as her sister did, scholars always had less to work with when attempting to piece together her life. In history, then, Bell was silenced in her paintings and “domestic” arts, whereas her loquacious sister was posthumously canonized, a brilliant feminist writer who claimed her stake in a more “masculine” art. In the past decade, much work has been done to change that: in 2015, Priya Parmar’s Vanessa and Her Sister attempted to resurrect Bell’s voice by inventing for her a diary, letters, postcards, and telegrams that bring her worries, complexity, and headstrong character to life.

“Words are an impure medium; better far to have been born into the silent kingdom of paint.”

A year after Thoby’s death, Bell married the art critic Clive Bell, which meant that Woolf and their brother Adrian Stephen had to move out. Though they relocated nearby, Bell played a smaller role in Woolf’s life. Not long after, Woolf began flirting with Clive, and the two began an on-again, off-again affair between 1908 to 1914. In Parmar’s telling, Woolf may have seduced Clive with the goal, consciously or not, to once again be the center of her sister’s life. “She is driven by the need to footprint, to own, to possess,” writes Parmar’s Bell.

Whether or not these feelings were true, Woolf did not hide her admiration for her sister’s talents, writing to Bell that she is “a most remarkable painter … a short story writer of great wit and able to bring off a situation in a way that rouses my envy.” Wrapped up in this metaphor of Bell’s paintings as short stories is perhaps Woolf’s anxiety that, in the end, more could be expressed on her sister’s canvas than through her pages. (A probably unfair if not outright harsh self-assessment, but such is the nature of artistic anxiety.) “Words are an impure medium; better far to have been born into the silent kingdom of paint,” Woolf once wrote in an essay on the painter Walter Sickert.


Despite her insecurities around her craft and any envy of her sister she may have harbored, Woolf’s love of both never waned. In her autobiographical essay “A Sketch of the Past” (1939), written two years before her death, Woolf described how both were crucial to her survival: the miracle of words allowed her to stifle the horrors of life by making them “real” and “whole,” and trapped in the “great patriarchal machine,” her close relationship with Bell allowed them to battle each day for “that which was always being snatched from us, or distorted.”


Indeed, the influence of Bell (and of visual art) is sprinkled throughout the essay—Woolf began writing it at Bell’s urging, and likened re-creating memories to painting scenes, autobiography to self-portraiture. For her part, Bell, too, found a muse in her sister. In several portraits, Bell depicts Woolf deprived of facial features, her face illegible or wholly absent, scratched out as if impossible to portray. But of course, Woolf, the writer, gets the last word: “Scenes seldom illustrate my relation with Vanessa; it has been too deep for ‘scenes.’”  ● 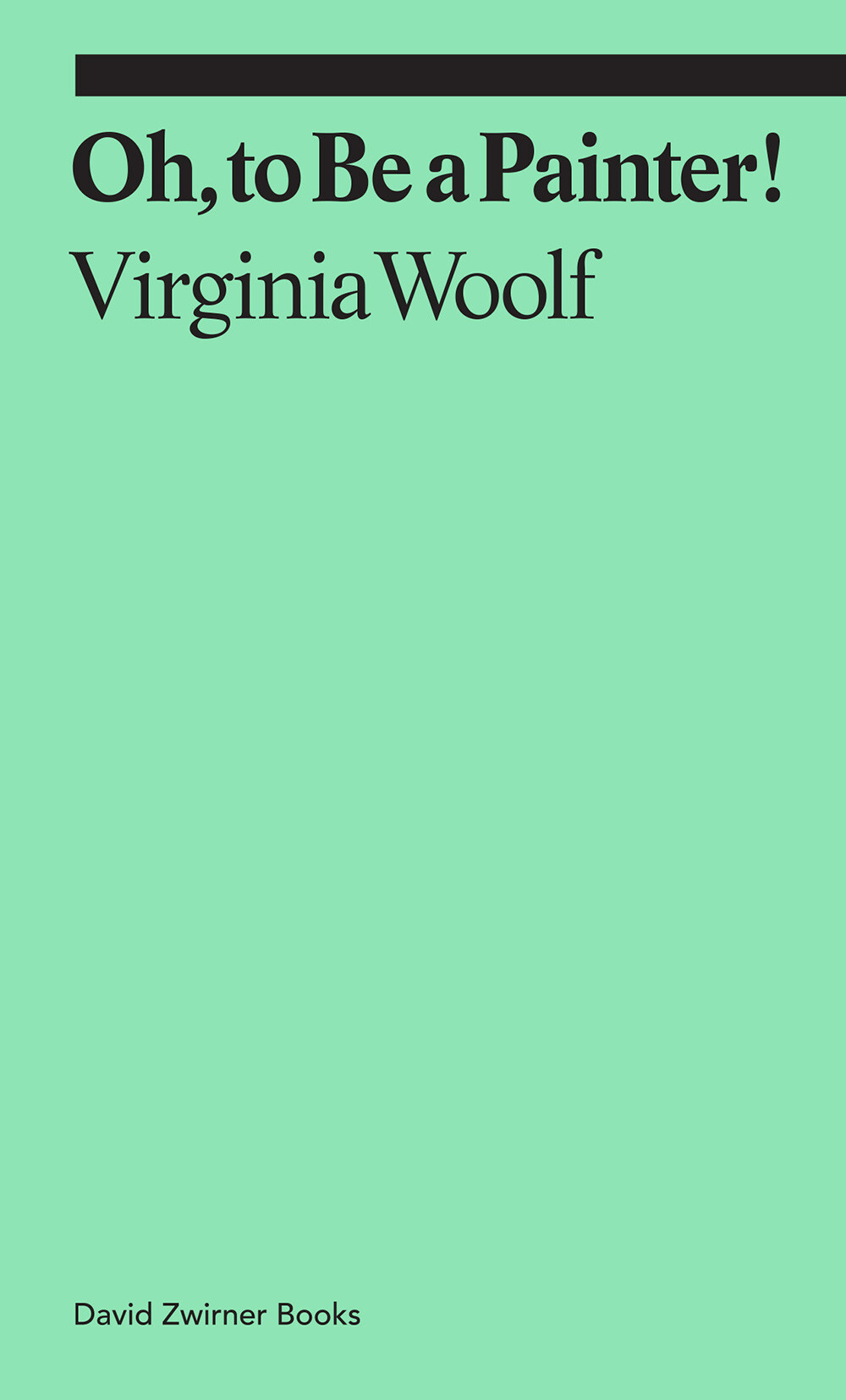 Oh, to Be a Painter! by Virginia Woolf 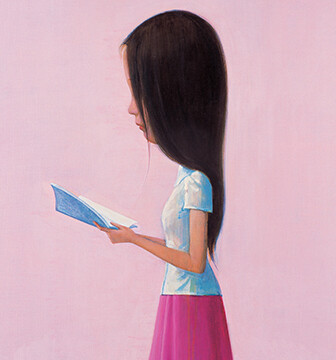 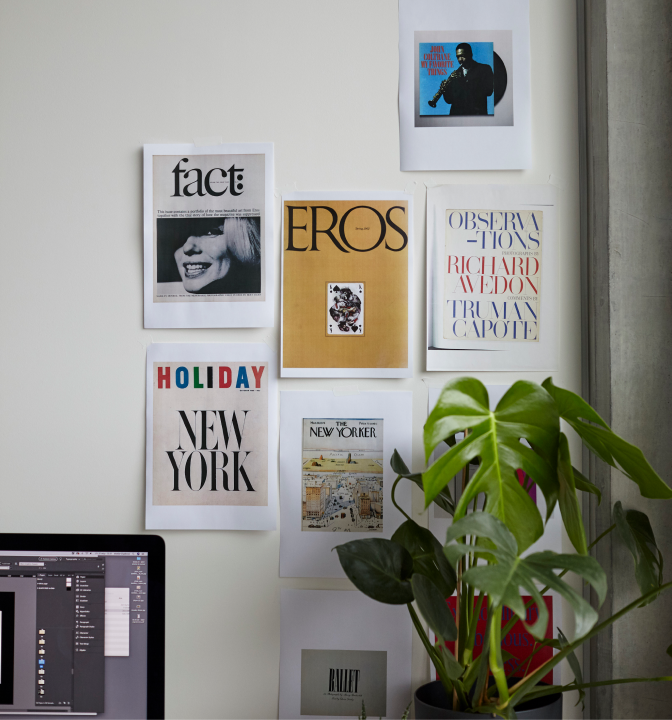 The designer of Donald Judd, Artworks: 1970–1994 on process and her holy grails.