7 Art Books We’re Gifting for the Holidays
The best books for art lovers, according to our art-loving staff.

It is no secret that our colleagues at David Zwirner, David Zwirner Books, 52 Walker, and Platform really love art. We also really love books, and thus, books about art. So if you’re having trouble coming up with the right books to give (and receive 👀) this winter, here’s a list of the titles we’re gifting our family and friends.

The book is Moyra Davey’s work in conversation with Peter Hujar’s. Davey went through Hujar’s archives and teased out similarities in their subject matter and visual language. She made this book as an homage to his work and as a starting conversation about intimacy, flesh, and photography. It has a ton of really beautiful photographs. And Eileen Myles wrote the accompanying text: it’s a really beautiful, intimate portrait of the two artists.

I think this would be a good gift for anyone who’s interested in archives or artistic storytelling in any discipline, be it writing, photography, or multimedia.”
—Joey Young, publishing assistant, David Zwirner Books

“The Noah Davis book would be an amazing gift for my family and friends, just knowing their interests—and mostly because I love Noah Davis’s work and really enjoyed that show. I tend to describe Noah Davis as a more contemporary version of Vermeer, who only made thirty-four [existing] works. Since Davis passed, there’s this finite amount of his works that makes it all feel so much more precious, so to have the book is very important for the archive—for him, his institution—the Underground Museum—and his family. I love Black surrealism, and I see a lot of his work as surrealist scapes. He does a really good job of depicting day-to-day Black life in California. It’s very site-specific to Los Angeles. When you see some of the works—it’s been described by Helen Molesworth this way—there’s a purple that he uses that is exactly like the purple sky in Los Angeles. The book, overall, is a concrete contribution to the archive of his work.”
—Alyssa Mattocks, gallery assistant, 52 Walker

I actually showed a selection [of Klee’s work] at the Taipei Dangdai art fair in January 2020. At the fair, people didn’t notice that it was Paul Klee because the fair didn’t allow wall text and people walked past it. But the intention was actually to introduce Paul Klee’s work to the Taiwanese audience. Taiwanese collectors love comparing or mentioning Paul Klee. One of their favorite artists is Zao Wou-Ki, and Klee was a major influence during the formative years of Zao Wou-Ki’s career. It triggered Zao Wou-Ki’s transformation. I felt the Taipei Dangdai was a missed opportunity for people to fully immerse themselves in the work of Paul Klee, so I thought it’d be really nice to reconnect the people we met in Taipei with his work through this book—that would be the ideal gift for them. I think the book can also be a great inspiration and resource for professionals working at the museums, galleries, and auctions in the Chinese-speaking region, because people are always curious about these associations between Zao Wou-Ki and Paul Klee.”
—Leo Xu, senior director, sales, David Zwirner

“This amazing wallpaper company called de Gournay came out with this coffee-table art book. It’s all about their history of creating these amazing hand-painted wallpapers, and then a lot of images of them in various interiors. I think it’s just such an amazing thing to get lost in, especially after sitting in our homes for so long and—I think for a lot of us—wishing that everything looked a bit different and that there was more excitement in our everyday spaces. I think a book like this would really inspire people to be a little bit more open-minded about what their space could be and also show that the decorative arts are just really amazing as well and can be just as valid and painstakingly created as a painting or a photograph.”
—Mia Shlovsky, customer experience associate, Platform

“The Young and Evil is about a group of artists, curators, writers—various luminaries—who were active during the American modernist period. They were friends, lovers, intimates, frenemies, throuples—a whole network. Sometimes they shared studio spaces, so their work was really feeding and bouncing off of each other. I’d known a lot of the work and artists before, but this book and the show really brought that web of connections to the surface, all of these intertwined histories. There’s a great graphic on the back of the book that gives Alfred Barr’s famous chart of modernism a run for its money.

This group of artists was super influential—they intersected with just about everything that was going on culturally in New York at the time. They’ve since been maybe a bit overshadowed by abstract expressionism and that whole shebang, but they were absolutely central.

Image above: Cover and interior spread from The Young and Evil: Queer Modernism in New York, 1930–1955 (David Zwirner Books, 2020)

“Painting Is a Supreme Fiction: Writings by Jesse Murry is a collection of writings by the artist, poet, and critic Jesse Murry. I really loved the Murry exhibition that was at the gallery earlier this year—the paintings were so incredibly beautiful and it was great to have the chance to see the show multiple times! Reading this collection of Murry’s criticism, poetry, and writings alongside each other gave me new understanding into the artist’s life and work.”
—Claire Borre, research assistant, David Zwirner

“Chizu, which translates to The Map, is by Kikuji Kawada and was shot in 1958, originally published in 1965. The majority of the photographs are of stains shot inside the dome at the epicenter of the nuclear bomb blast in Hiroshima. When Kawada visited in the late 1950s, he was accompanying Ken Domon, another Japanese photographer who was more famous than him at the time, and was assigned to retrace Domon’s steps and his work about that area in Hiroshima.

Kawada came back to Hiroshima at some point with a tripod and a 4x5 large-format camera—which produces very large negatives—to capture the images in as much detail as possible. The photographs are very abstract, high contrast, and strangely beautiful images of decay and the impact of the blast, radiation, heat, and thirteen years of dilapidation. Some look like you’re looking down on a map from above, the abstract shapes form coastlines.

A book for every type of book lover. 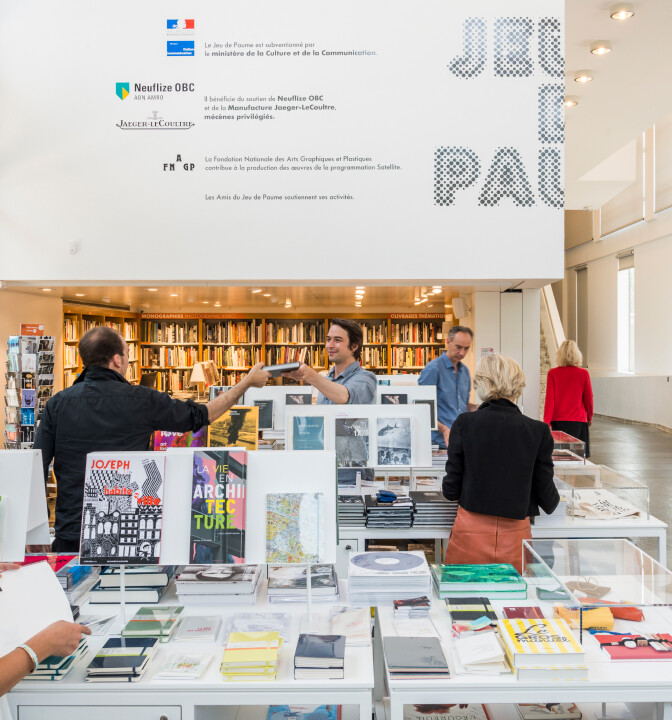 Where to Shop on Museum Store Sunday

Support a few of our favorite gift shops all over the world, from The Underground Museum in Los Angeles to the Royal Academy of Arts in London.